Low Festival reveals huge new names for its line-up. The promise is a debt, and after almost a month of silence, the organization gives 10 names of artists that will be in Low Festival 2020. 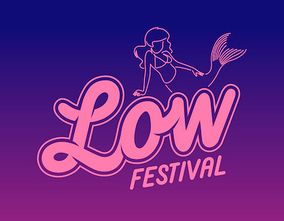 Another big international name on the 2020 Low Festival line-up has arrived. Metronomy is back and we have to celebrate it, the British band is one of the most loved by the public, and finally, it will be in Benidorm next July. The genius of the British goes beyond their talent, since their debut in 2006 with a purely instrumental album, the band has established itself as one of the bands with better sound and quality today. An example of this is a list of hits that have reached every corner of the world, refreshing lyrics and memorable live performances with Joseph Mount at the helm.

Metronomy's electronic pop sound is one that stays on fire, because who can avoid moving when the first notes of "The Look" sound? A decade after 'Nights Out', which went unnoticed at the time, the band's return with 'Metronomy Forever' hits the table and reminds us that Metronomy is forever. Now it's time to start imagining yourself enjoying the band's show on the main stage of the festival, which is predicted to be one of the moments that will go down in the history of the Low Festival.
Second international boom with the landing of King Gizzard & The Lizard Wizard in Benidorm. One of the most eclectic bands today with musical skills that go beyond the limits of genius and mastery of styles. A virtuosity on and off stage that comes to the fore when listing the list of albums they release each year.

When Australians take to the stage, the power of the guitars with which they invade the atmosphere shows that for the short time they have been active, it is not something that gives them any weakness. Direct shots that sound like a steamroller, shows that demolish all the prejudices of the audience by playing songs that are impossible to pigeonhole. From the most acidic psychedelia to rock, folk, blues, garage, jazz or even heavy metal.

Dance, dance and funk in a film setting: Benidorm. If the (!!!) Chk Chk Chk at Low Festival 2017 is still remembered as one of the funniest moments of all the editions, it had to be repeated in 2020. In 2017 the audience vibrated with their last work, 'Shake the Shudder', and now it will be the turn of the presentation of 'Wallop' (Warp, 2019), the new album with which the American band returns to Spain.
Nic Offer and his band are returning to the city of skyscrapers with a new live show full of hits and rich instruments. With their return, they position themselves as one of the best reputed dance bands on the world scene.

The music of El Columpio Asesino also played at the 2017 Low Festival, and now they are back to conquer the public with their new album, which will be available this month. The band returns after five years of silence that have served to perfectly prepare their return to the stages and tours. After advances such as "Huir" and "Preparada", the Pamplona band once again invites the public to lose themselves in the magic of their new sound.

Ojete Calor is the duo formed by Carlos Areces and Aníbal Gómez. Located at the top of subnopop, 'Delayed' and 'Pataki' are clear examples of what they are good at, a tour of concerts that they have taken all over the country selling out. This time, the meeting point for chanting songs like "Viejoven" or "Qué Bien Tan Mal" will be the 2020 Low Festival venue, being one of the very few events to see them live throughout this year.

The magnificent Belako have just confirmed that their fourth studio album, 'Plastic Drama', will be released in May of this year. They themselves define it as their most "ambitious, thoughtful and, above all, vindictive" work, something that all those attending the 2020 Low Festival will be able to see live next July. One of the bands with the most affection from the public with a live show that goes beyond the traditional patterns, Belako is a band that from the beginning has known what it wanted and has gone for it, with works as sincere as their last 'Render Me Numb, Trivial Violence'.

The Chillers have announced a break in their career, but what less than saying goodbye in style on one of the stages that saw them born. We can expect a deafening live show in which all the hits they perform are a must. Their return to the Low Festival venue promises many emotions and good memories, since, as they themselves say, they have a very special relationship with the Benidorm festival.

Bifannah, on the other hand, arrives at Ciudad Deportiva Guillermo Amor on the occasion of their 'Danças Líquidas', the new record of the band of Galician origin that is included among the rock and garage sounds within our country. With this second LP, the organization of Low Festival is already preparing for one of the most powerful guitar shows.

Marcelo Criminal will also be in Benidorm to distill talent and originality on stage. His 'Sudden Outburst of Nostalgia and Love' (Sonido Muchacho, 2019) remains true to that initial aura and pop sound that characterizes him.

Closing this new list of confirmed names is Ugatz. This revelation band from Alicante is for those who like guitars and strong sounds. The trio, formed in 2018, mixes rock, punk and stoner. Proof of this is their recent album of the same name, which will raise the decibels of #Low2020.