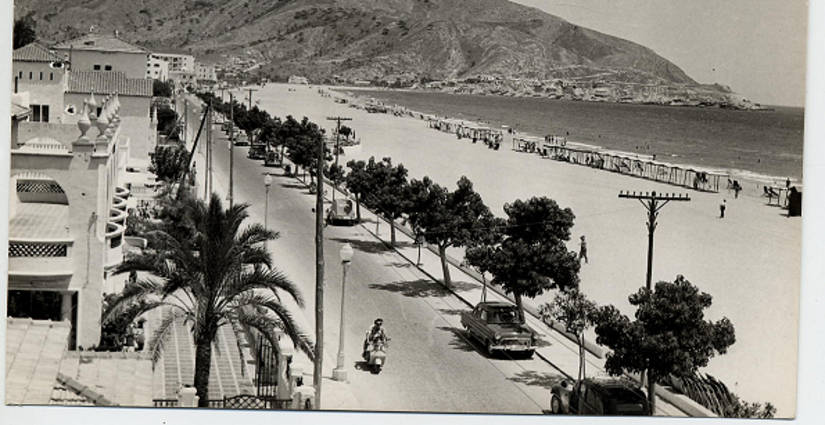 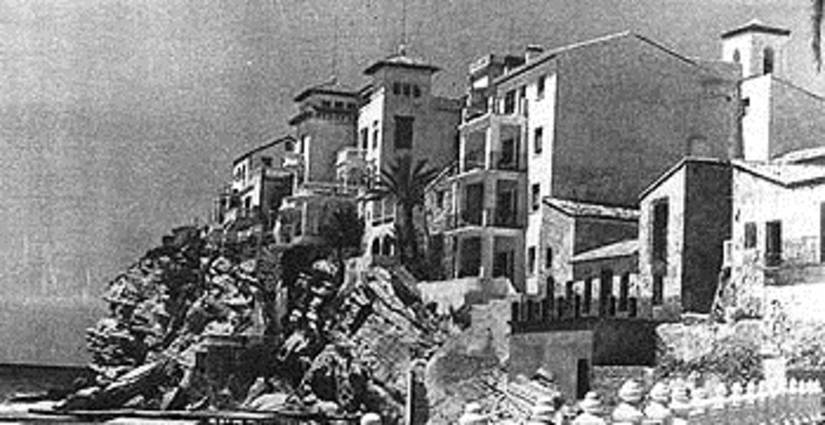 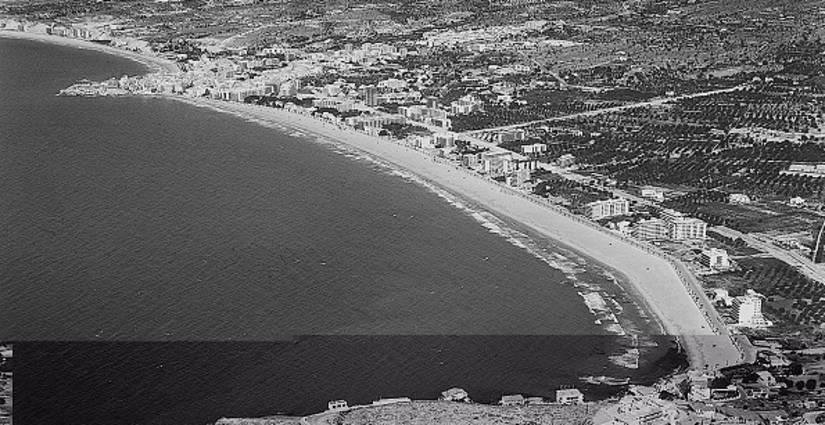 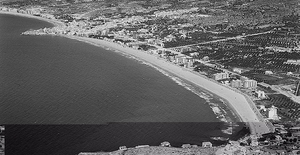 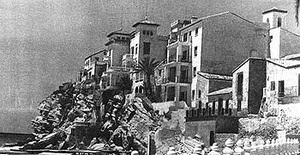 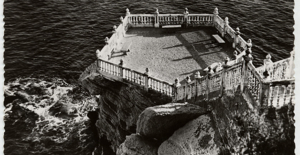 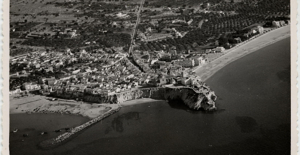 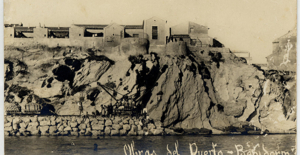 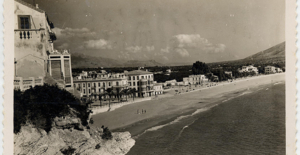 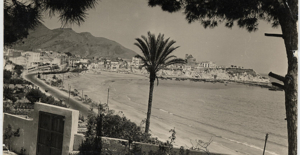 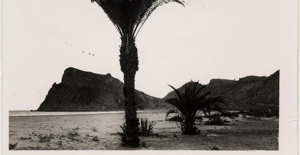 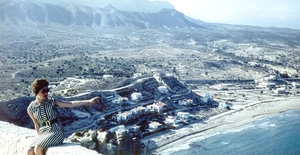 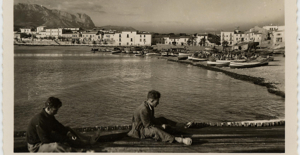 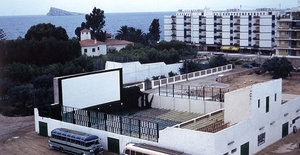 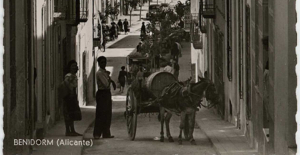 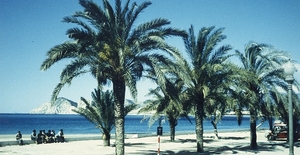 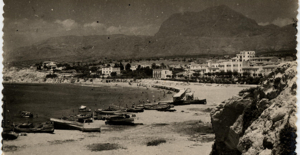 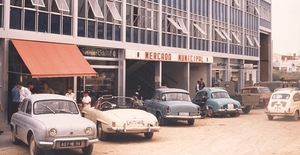 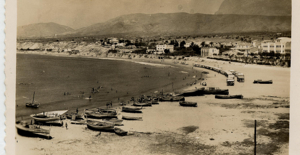 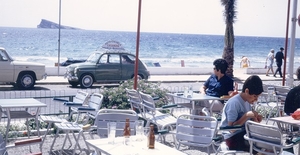 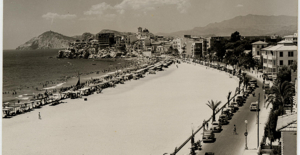 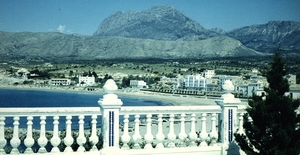 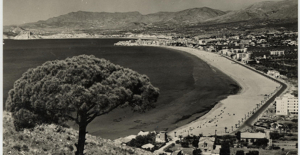 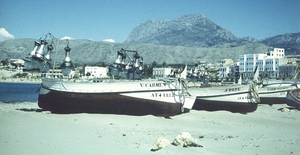 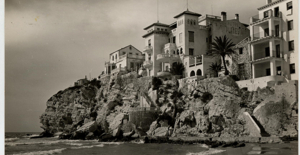 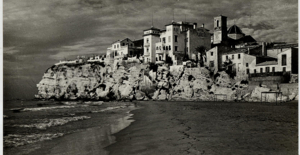 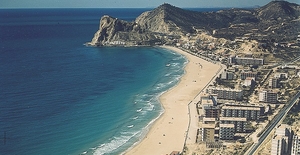 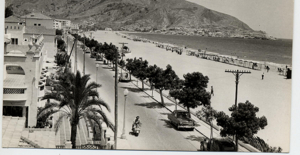 History of Tourism in Benidorm

Brief History of Tourism in Benidorm

In 1993 the Benidorm town hall officially commemorated the first hundred years of tourism in the town. With the objective of putting a date to this landmark date, the authorities based it tracing back to a former tourist tradition: the old advert from the "Baños de la Virgen del Sufragio" (Virgin of Suffrage baths)  published in 1893, showing the effectiveness of advertising  which included one of the first "transfers" of its history, carried, from Alicante, on arrival of the "jug train" that brought the first tourists from Madrid and Alcoy.

From the previous century there is still the memory of the Mayora Hostel (1865). The town´s tourist attractions are well documented prior to this date in the book written by Christian August Fischer `Picture of Valencia' published in German in 1803 and based on the visit of the author to the Valencian Region in 1.798 . It details the art of the “Almadraba” (specialist type of fishing) and recommended the area as a pleasant place to stay for those travelers interested in tuna or sardine fishing.

Later, in 1852, the New  Bather´s Guide in Spain written by Aureliano Maestre de San Juan, highlights Benidorm as one of the most attractive villages on the Alicante coast and in 1853, Benidorm appears referenced in a Treaty of Mineral Resources in Spain linked to the emerging health tourism at the Baths of Busot.

Improved communications allowed the timid start of a new economic facet: tourism. In the second half of the nineteenth century the Virgin of the Suffrage Spa opened in order to attend to the families from Alcoy, Madrid and other towns in the interior of Spain who came to Benidorm to take sea baths.

The construction of the road from Silla to Alicante and the arrival of the railway to Alicante from Madrid slowly helped the industry to thrive. First came the pioneer summer holiday-makers from Alcoy and Madrid, which from 1914 could make use of the of a narrow railway, the popular Marina Trenet, which initially joined Alicante to Altea and, therefore, to Benidorm.

During the decade of the 1950s steps were to produce a true transformation. On the one hand, in 1952, due to poor yield performance the Almadraba of the Raco de l'Oix is closed down,  something traumatic for many families dependent on it, but on the other hand, in 1956 the town hall approved the new urban legislation in order to create a town designed for tourism based on well planned streets and wide avenues following the configuration of the beaches.

That culminated in becoming the 1956 General Plan, which for the time first set the route for Benidorm as it is known today. But it was far from being a town conceived on the basis of skyscrapers. It was more about being horizontal rather than vertical, with classic low rise buildings, with the apartments, villas and hotels which started being built in the late fifties and early sixties.

The driving force behind this plan at the time was the mayor Pedro Zaragoza i Orts considered as a visionary by many historians and tourism economists for the project he designed for a town that just had its beaches as a tourism resource. He allowed for the first time the use of the bikini in Spain during his 17 years in office and was responsible for a new form of promotion via the emblematic Song Festival.

The tourist image of Benidorm was presented to the world. The Festival contributed to the promotion of the town and the tourism brand "Benidorm" in all corners.

Julio Iglesias, the winner of 1968, was leading figure in 1969, 1973 and 1975. Manuel de la Calva and Ramón Arcusa, the Dynamic Duo, as well as closing the 1962 galas were also present in the 1981 editions and were nearly always present in various editions in  search of the precious “Benidorm mermaid”, receiving it in 1977 with the theme "Alejate” (Go away).

The interest that arose from the beginning resulted in the film production in 1960 of the “Benidorm Festival" with Conchita Velasco, Carmen de Lirio and Manolo Gomez Bur. Benidorm has since been the scene of more than 300 films, of all types of themes. The first movie filmed in the town is "Alba de America" in 1951, Special mention for one of the most famous movies of the spanish cinema: "Golden Eggs" directed by Bigas Luna in 1.993 and starred by Maribel Verdú and Javier Bardem.

The motor revolution of the  SEAT 600 (and its successors) in the late fifties was followed in the sixties by a change in behaviours and habits, introduced by French girls, who did not abide by the  strict dress code of the time, and who wore the new the two-piece “bikini” as baptised by the French in honour of the Atomic Bombs tests that were being carried out  in the Pacific Ocean atoll of the same name

Although at first there were many moral qualms to the display of so much anatomy, finally the bathing garment became a fashion and was worn in  1962 and 63 by tourists. By then the hotels had served a dual purpose: to contribute to a revolution of habits and to retain loyal customers to Benidorm, so much so that the early visitors came from being residents in hotels to becoming owners of apartments or villas in the unstoppable process that led to development and urbanisation of that Arcadia.

During the second half of the 60s, Benidorm underwent a major transformation with the onset of the British tour operators who began to bring groups to Manises airport (Valencia)  a few years before the opening of Altet Alicante airport. It was the beginning of an attempt to break the  seasonality of  stays, taking advantage of prices and good weather, so that, thanks to hotels, created holiday environment all year round as opposed to the classical idea of a summer town, closed out of season, as in most beach holidays areas at the time.

The arrival of mass tourism had an immediate impact on the growth of Benidorm in the short term. When tour operators already working from Manises airport, started operating with charter aircraft, from March 1970,  from the newly opened airport of El Altet, the high demand for hotel rooms led to the construction of hotels in quick succession (between 1971 and 1973). The source of tourism changed dramatically, and its social affiliation. The building boom in Benidorm peaked in those years. Part of the skyscrapers were just gigantic hotels (baptized as hotel factories) built in record time to meet demand.

The Hotels of Paradise

In the nineties the hotels in Benidorm managed to reach a milestone breaking the seasonality influx of visitors. Today the town maintains excellent levels of hotel occupancy in both summer and winter, helped most recently with older generation in winter.

Further to this brief tour of its more than two hundred years of history in Tourism, it can be seen that the sun and beach are still the key attractions for the Benidorm tourism sector although now in the 21st century we see a diversification of new product offering such as theme parks, golf, health & beauty, sports, business and a constant adaptation to new demands in order to remain competitive and leader in Spain.