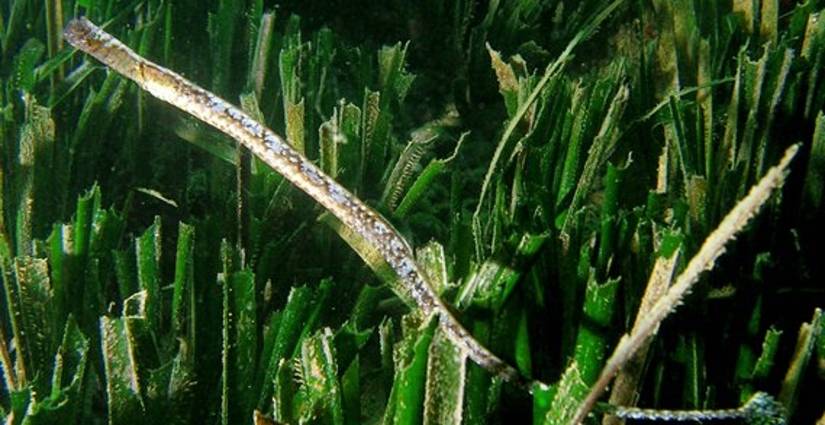 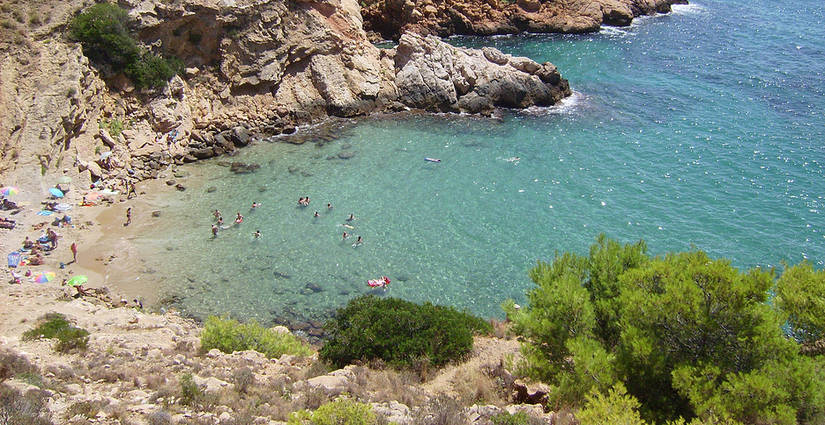 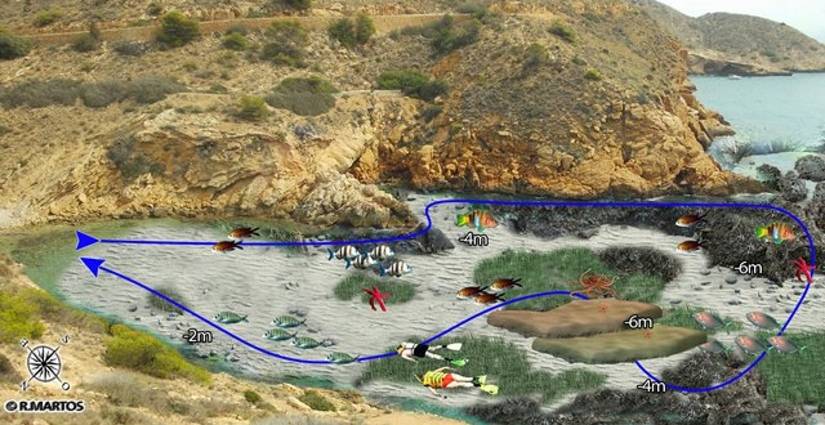 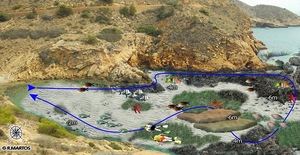 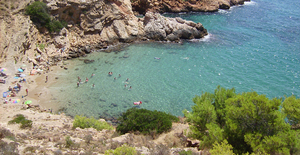 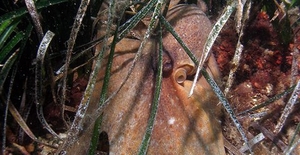 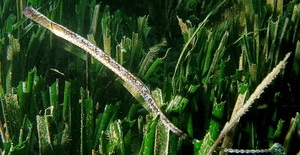 To get to Tio Ximo cove, we head for Cala de la Almadrava but then continue along the road on the left, which winds its way through a series of bends down to this gorgeous little spot right in the heart of the Serra Gelada mountains.

Smaller than its neighbour, Almadrava, Tio Ximo cove is similarly a secret hideaway from the hustle and bustle of Benidorm and great place for exploring with a bit of light gear.

The cove faces south west and boasts clear waters of the most entrancing shades of turquoise. Our proposed route is circular and begins with a search for the wall on the left. This takes us over a pristine bed of sand stretched out like a white sheet, where some species of fish, including the sand steenbras or striped seabream, nuzzle the sand while others, such as Eckström’s topknot, lie directly on the seabed, quietly resting.

The wall turns brown and is densely covered in small algae at which species such as comber fish nibble in search of tiny crustaceans. A rocky outcrop then marks the start of a new territory in which ribbons of sand glitter against a hard pebbled bed.

We follow this inverted U and, keeping the wall to our left, we can explore some of the many holes in the rock, which could be hiding small fish like blennies or perhaps a timid octopus. The coastline now gets sharper again, and the drop-off steeper, and so now is be a good time to cross the cove and head to the opposite wall.

As we cross, it feels like we’re gliding over a bed of shifting colours, as the tones of the rock give way to shades of sand and seagrass. The tiny island tussocks of Neptune grass are a favourite haunt for salema porgies.

Then, once again, rock, in the form of plates that are relatively flat and which appear, in places, to have been machine cut. We are now at the other wall, and we follow the rock and all the ins and outs it traces, while clouds of damselfish accompany us all the way. As the water gets shallower, we find ourselves back at the starting point, having enjoyed an excellent aquatic journey around this precious cove in Benidorm.