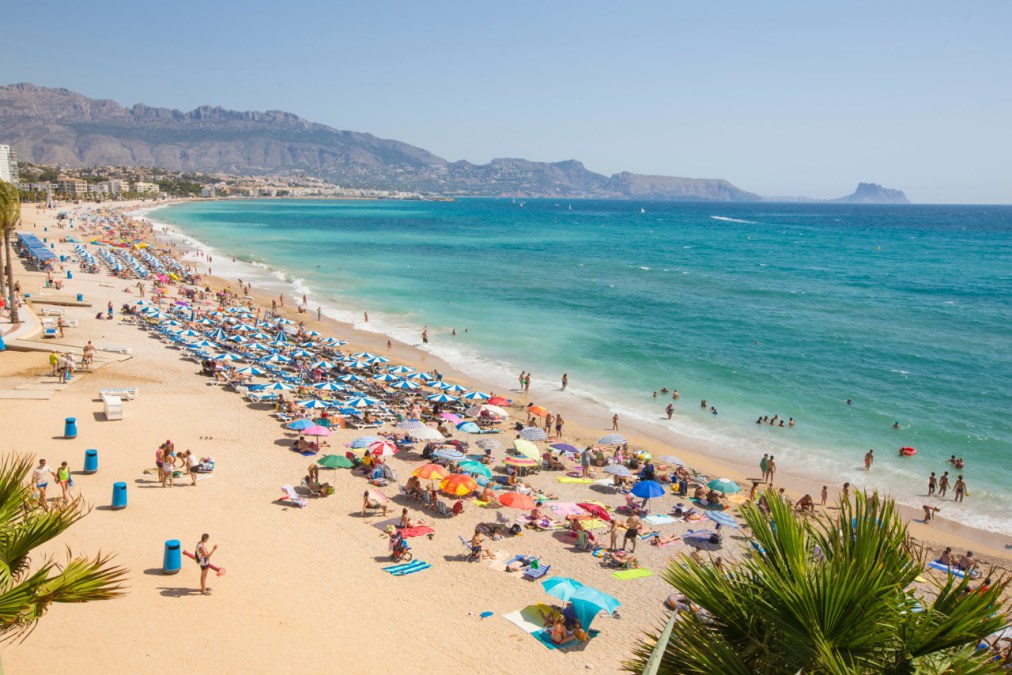 With about 21,000 inhabitants (about half foreigners, coming from more than 50 different nationalities) L'Alfas del Pi can presume of a business development and infrastructure, while maintaining the charm of a small town of Alicante.

Due to its proximity to the sea, less than 7 km, Alfaz del Pi has a beach area.

Albir beach, beautiful, natural pebble beach that neither in summer suffers agglomerations own of the season.

As for the Festivities, Alfaz del Pi celebrates various festivals such as San Jose in March, the Feast of the Cross, in May, its patron fiestas in honor of Christ of the Good Success, in November, and one of the most massive held in July is the Film Festival.

On its gastronomy, we can not ignore its rich and abundant fish of the bay, rice and meat balls and corn (called pilotes Dacsa), along with their cokes and crackers.

In its visits highlight the Church of the Christ of the Good Success, the Punta Bombarda or the Lighthouse of Albir...